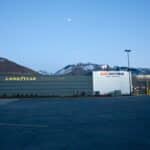 This award winning commercial remodel captures the eye as you travel through the city of Farmington.

Continuing to set new standards of professionalism, 81 remodeling companies from across the United States were named winners at the eighteenth annual Chrysalis Awards for Remodeling Excellence held in 2012. The winning projects were selected from 420 entries. The entries were judged on overall design, the creative use of space and materials, and the degree to which the project enhanced the original structure.

Fine Remodel won for an addition and remodel to the Burt Brother’s Tire Store in Farmington, Utah.  The 10,600 sq foot addition was completed in 4 months.    A fast food restaurant was demolished and a lube bay was added on to the existing building. Then remodeling the rest of the building and the exterior to give it a first class look and feel.

“This was the first year they have entered the awards, and to take home top honors on the first attempt is impressive,” says Ken Kanline, Director of the Awards. 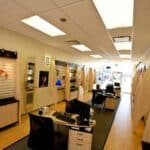